Wall 4 on the Greensboro Western Loop

Wall 4 on the Greensboro Western Loop

UMA Geotechnical Construction constructed all of the eight required permanent soil nail walls along a roughly two-mile stretch of the Greensboro Western Loop (Interstate 73) project but they were all dwarfed by the 30-plus-foot-high Wall 4. To be exact, the total project required 76,000 square feet of wall, 42,000 of which was Wall 4.

UMA was a subcontractor to Colorado-based Flatiron Construction Corp., which had been retained by North Carolina Department of Transportation (NCDOT) to build a 1.5-mile divided highway around Greensboro between Battleground Avenue and Lawndale Drive. UMA is no stranger to working closely with the NCDOT, which represents the majority of its public sector work.

UMA designed the soil nail walls in-house with its licensed engineers. NCDOT identified the locations UMA was tasked with designing the most cost-effective system.

Soil conditions were mostly moderate with some areas proving more difficult, which allowed UMA to concentrate its efforts on the sheer size of Wall 4. A large portion of the wall was constructed in a low-quality decomposed granite, which is typical in this part of North Carolina. The remainder was a Piedmont soil, which is a reddish alluvial soil with silt and clay.

UMA completed most of Wall 4 with a single drilling rig – a Casagrande C7 – one of the largest soil nail rigs on the market. There were days where the operator drilling 100 soil nails in a single day. The supporting equipment included concrete pumps, forklifts, grout plants, and a water truck. Despite having a single crawler drilling rig doing the work, UMA’s crew kept pace with Flatiron’s top-notch excavation team.

It took more than 2,000 soil nails to complete Wall 4. The length ranged from 15- to 50-foot-long, although the vast majority were 30 foot. The C7’s 30-foot stroke allowed UMA to drill most holes with a single stroke. UMA’s engineers determined that five-foot horizontal by five-foot vertical spacing was the most cost-effective means to support the soils and critical structures behind Wall 4.

Once the soil nails were complete, UMA’s next step was to install a four-inch-thick, 4,000-psi temporary shotcrete facing to allow Flatiron to finish it off with a cast-in-place concrete wall. Despite the magnitude of Wall 4, not to mention the other seven walls, UMA delivered the project ahead of schedule in April 2019. 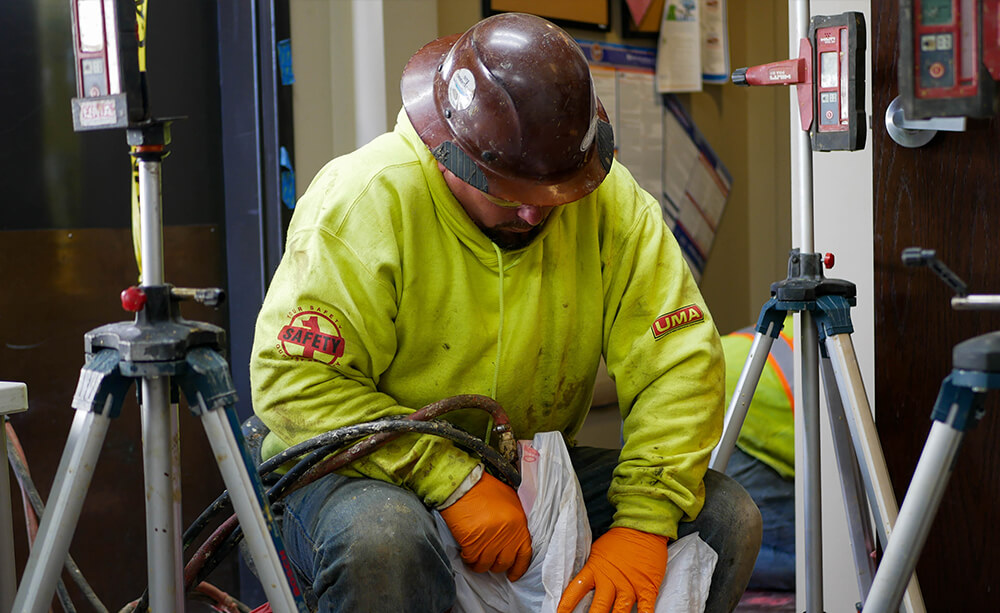 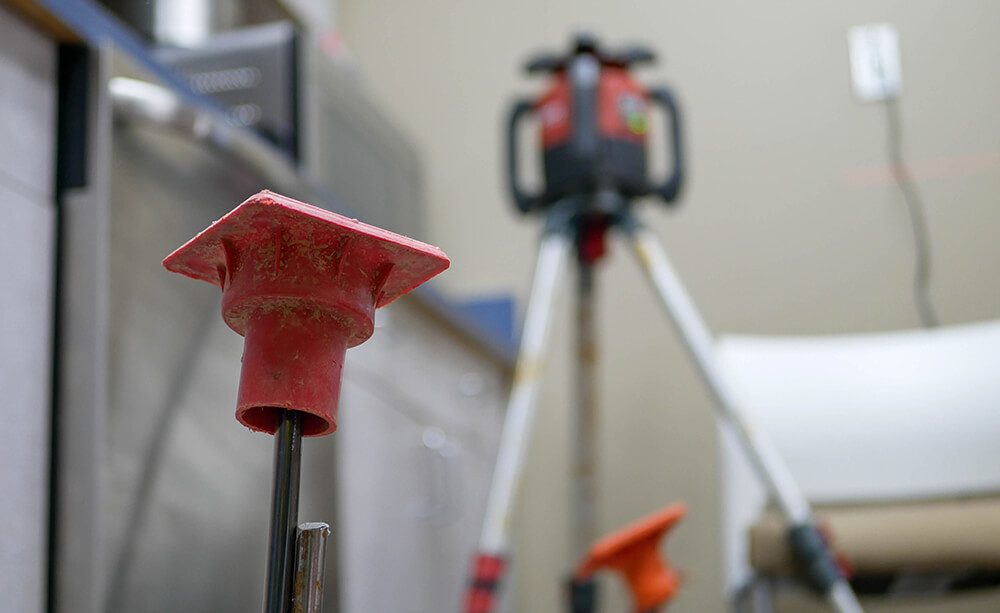 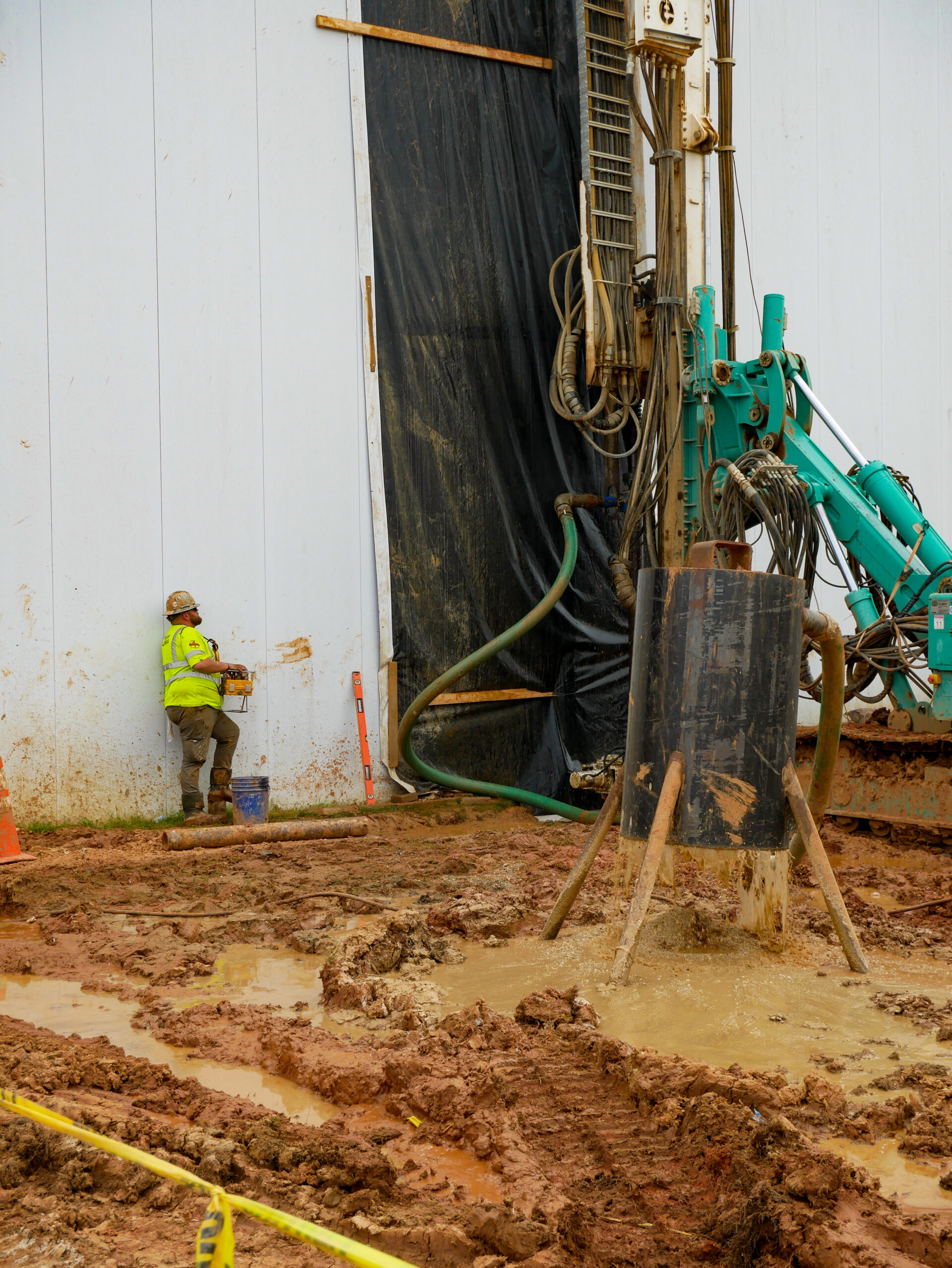 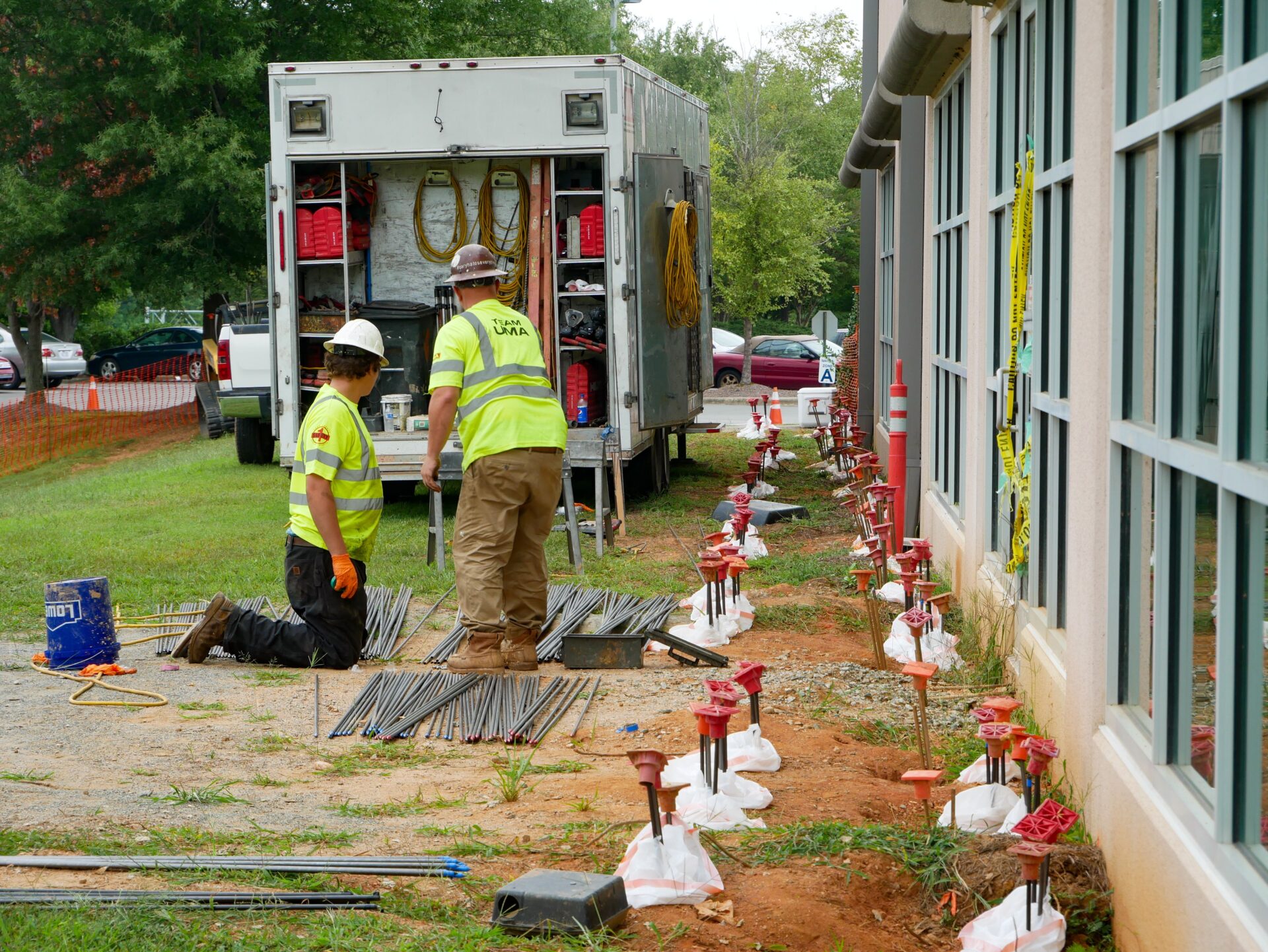 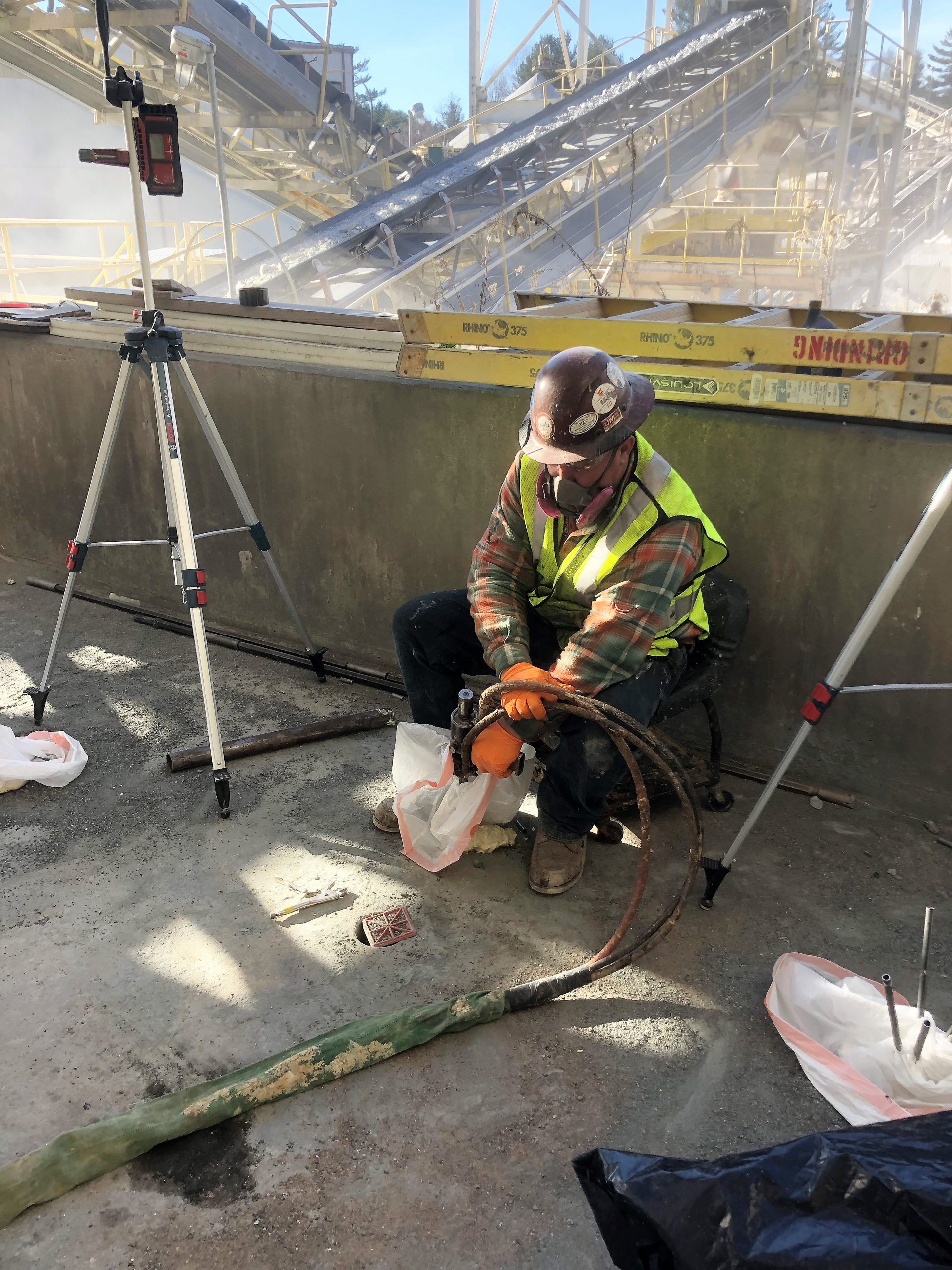